Failure Is the Key to Success

Don’t Be Afraid of Failure. Failure is the Key to Success!

It is not correct to say that winners never fail, but, indeed, winners never give up. That is why they will be winners. The boxer does not lose the match when he hits the ground as a result of a punch but loses if he does not get up from there.

Unfortunately, because of the fear of failure, most people never accomplish their goals, they prefer not to start anything new. However, if our life is currently going in the wrong direction, and we want to make changes to get back to the track, then we have to do things differently, even if there is a chance of failure. Failure is an essential key to success. Some people say: If I don’t try, I won’t fail. Yes, but if you never fail, that means you have never tried anything new; consequently, nothing is going to change in your life.

Where Does Our Fear Come From?

I am a big admirer of Brian Tracy. I have read a few of his books. One of my favourites is Maximum Achievement. In his book, Brian Tracy mentions that fear of failure actually arises from our childhood.

So, fears begin in our childhood. How successful our adult life will be is greatly influenced by how much praise and love we received when we were small. The first four to five years of our lives can be decisive for our adulthood. Many of us receive a lot of destructive criticism in childhood that turns into fear when we become adults.

When we are small, maybe four-five years old, we don’t feel afraid of anything. They don’t know what fear is. We climb up trees, we put our little finger into dogs mouth, and we run out into the road without any concerns for the traffic. But most of the time, we get punished for our unusual behaviour. Don’t do this again!!! Even we’re threatened by our guardians like If you do that again, you will see what will happen!

As a result, a so-called conditional reflex develops later and turns into fear of failure at adulthood. Thus no wonder why most people rather stay away from a new challenge. I have some bad memories from school, for example. Many times happened when I had to go to the whiteboard to solve a mathematical problem. Instead of the teacher encouraged me, she humiliated me in front of a whole class and tried to prove that I am actually stupid. It’s resulted that even thirty years later, I rather die than to talk in front of an audience.

As the fear of failure developed in our subconscious mind, we may like to achieve new goals, but instead of taking action, we rather stand back and watching opportunities passing by. As we become adult, the fear becomes stronger than a desire to win in our unconscious mind. Instead of chose to win, we let the opportunities go, considering, at least they won’t lose. We don’t want to realise that: sometimes, failure is the key to success!

Successful people never give up until they succeed. They learn from every failure.

Another example is Walt Disney.

We can agree that life would be less fun without Disney Land. However, Walt Disney endured several failures before created Disney Land. He lost many businesses and even lost the legal rights to Oswald the Lucky Rabbit, which was his first significant successful creation. Before he finally brought Mickey Mouse to life, he was rejected by the bankers at least 300 times.

As we can see, failure is the key to success, which is inevitable to gain experience. So, don’t be afraid of failure; that is the only way to succeed.

How to Overcome the Fear of Failure?

An excellent way to overcome failure is to strengthen our belief in ourselves. For example, we can start with a simple exercise to say to ourselves that “I can do it”. We can keep saying that over and over again until it sinks into our unconscious mind and our self-esteem gets more necessary. If we go against our fears, our fears will back up and eventually will disappear. That doesn’t mean we will overcome fears overnight. We need to feed our conscious mind by saying positive statements to ourselves for a few weeks to see positive results. Every time we say positive affirmations, we send positive messages to our unconscious. In time, these positive reinforcements are integrated and locked in our unconscious mind.

Quota of the day:

“Success is a process, a journey, not an end or a terminal where one stops contentedly.” 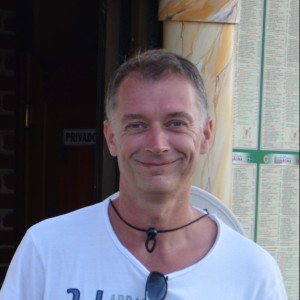 My name is Zsolt Barsi. I am a father of two girls, a loving and loved husband. My passion is to help people by sharing the value of my life experience, and I also want to encourage people to find their purpose in life regardless of their age.

My mission is to help others who are seeking more freedom or searching for extra income-producing activity and might want to unleash their passion in the digital lifestyle.

Why does it make sense to learn digital skills in 2020?

Tired of Trading Time for Money